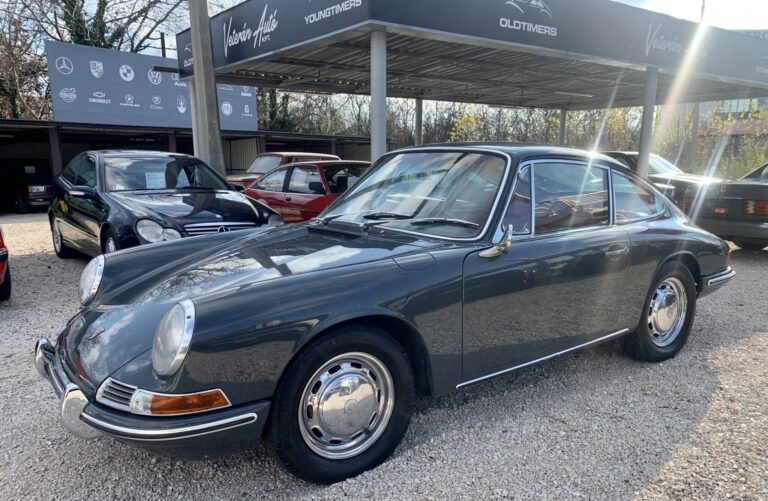 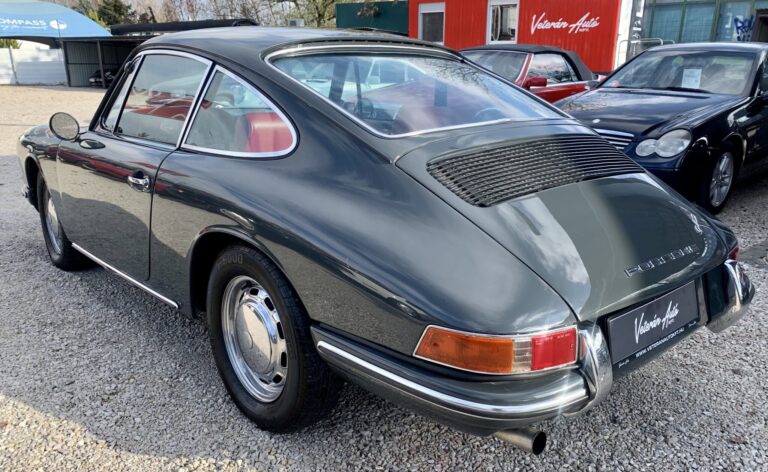 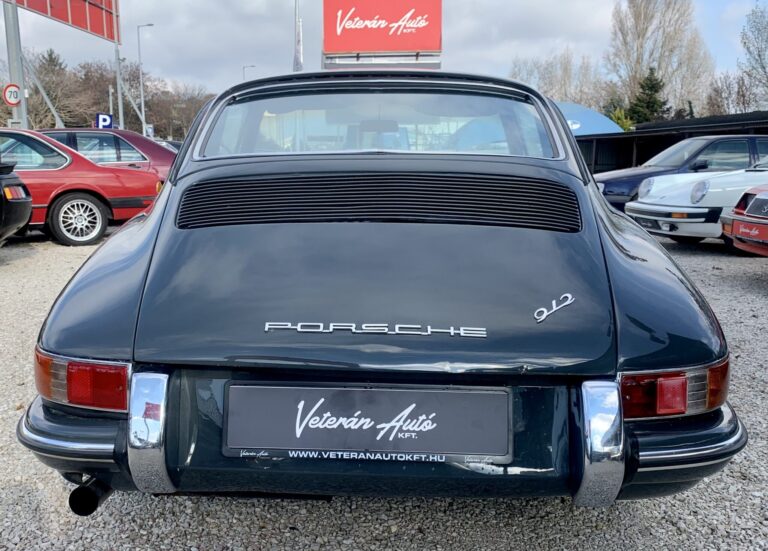 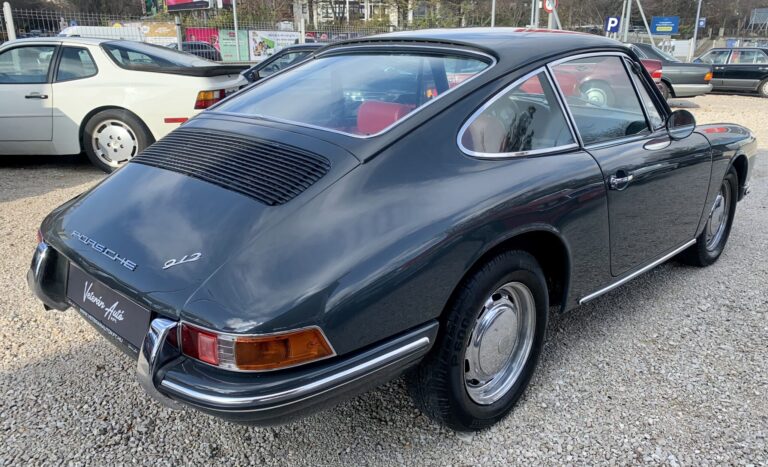 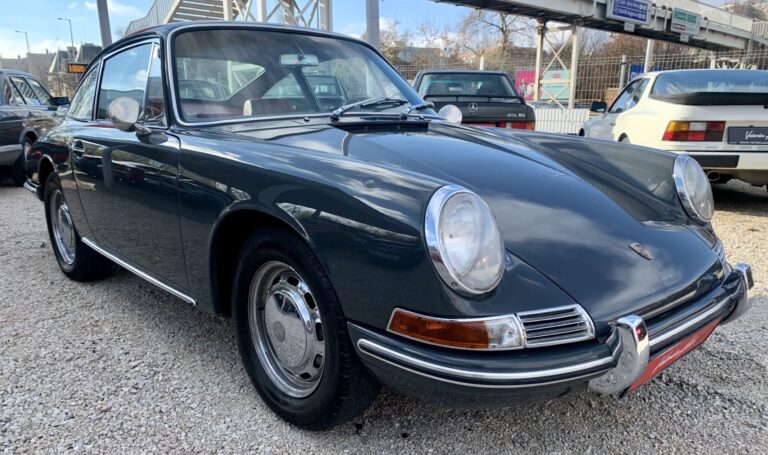 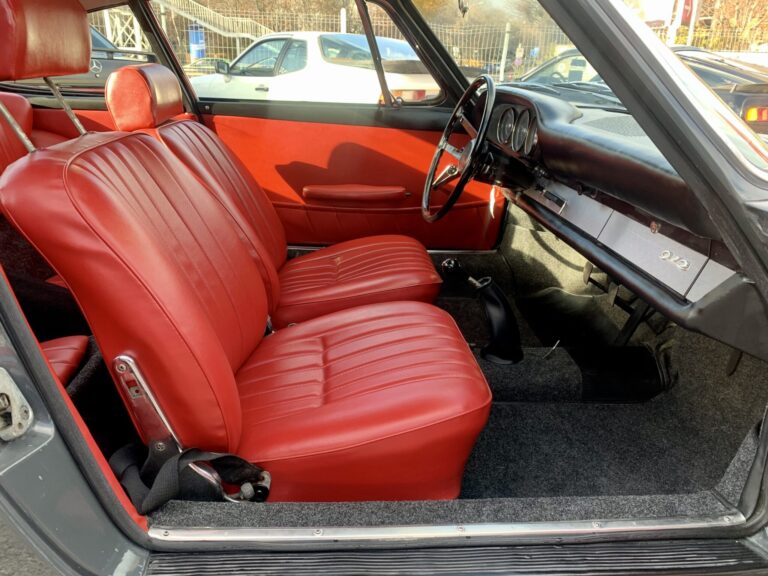 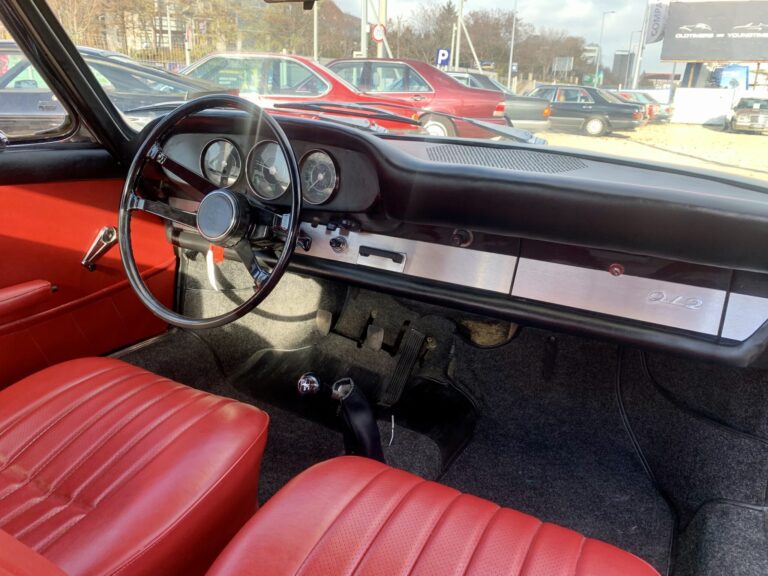 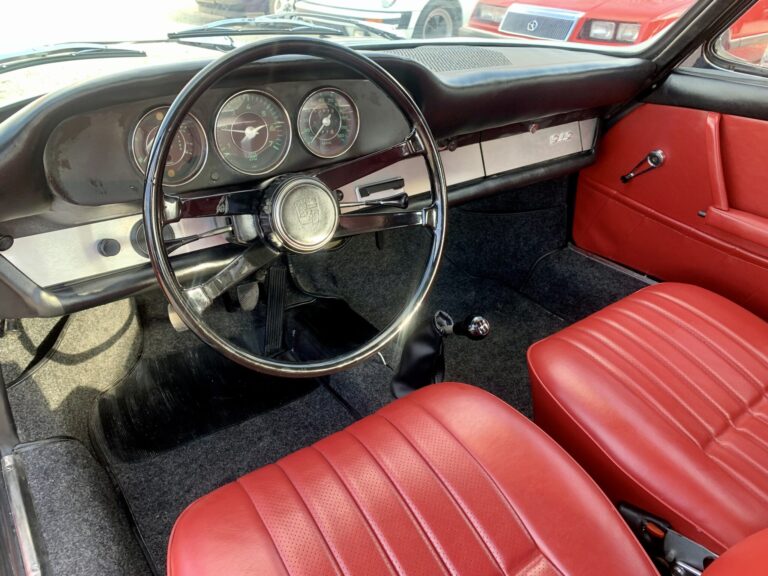 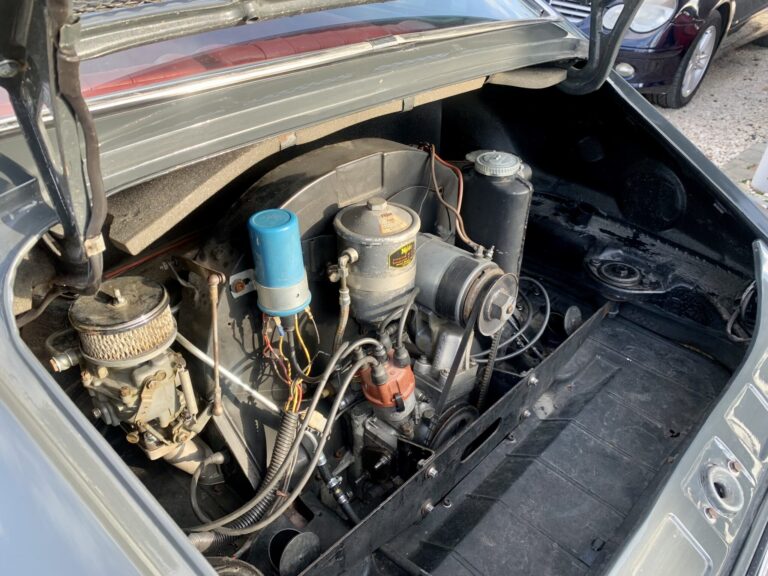 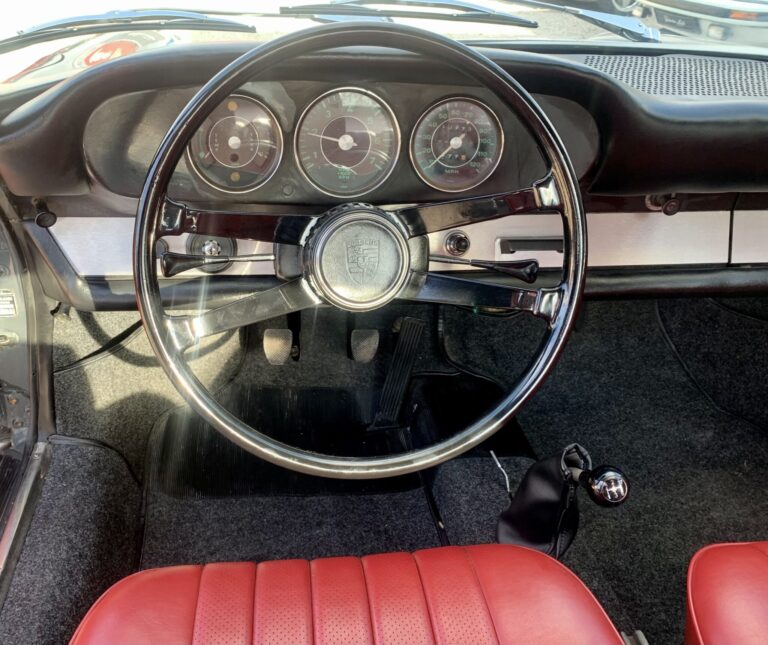 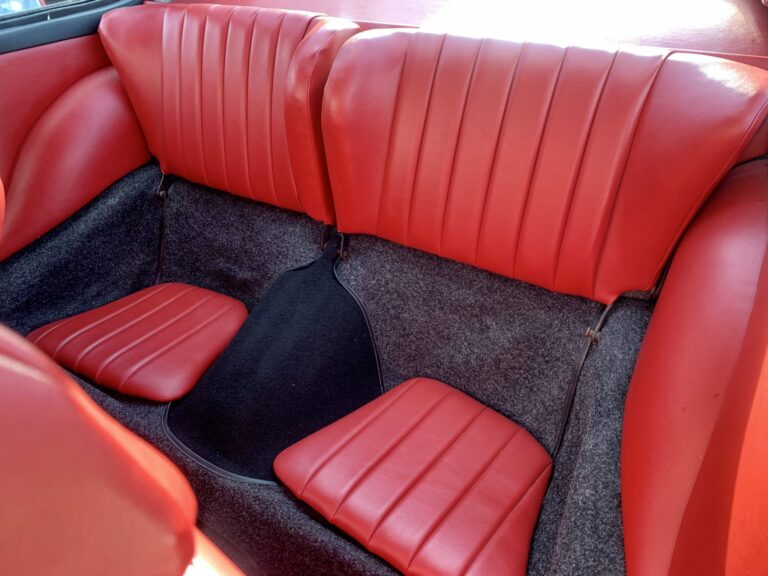 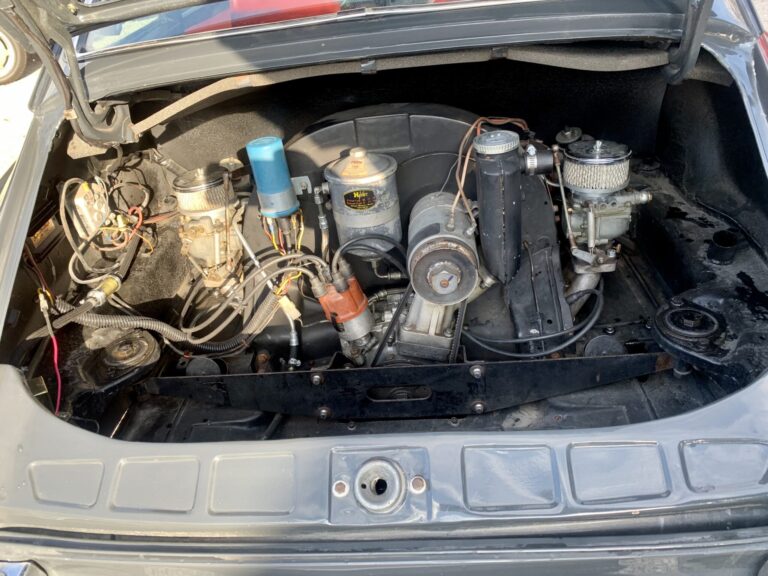 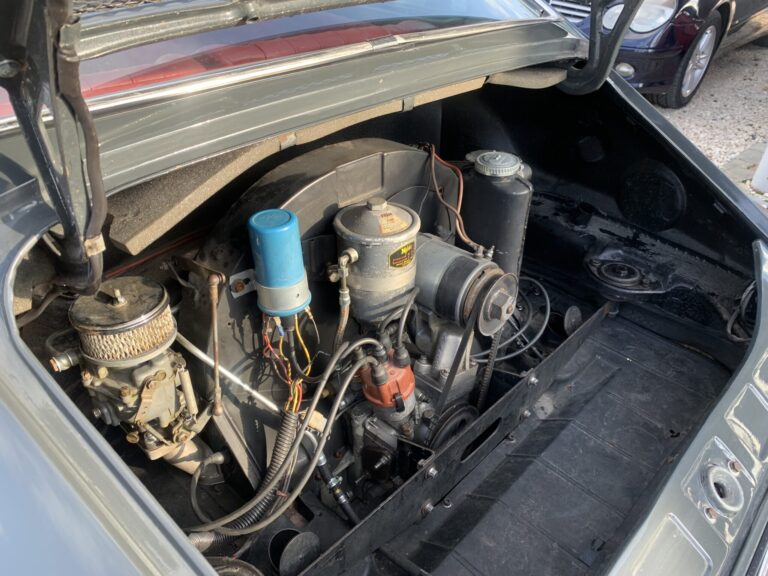 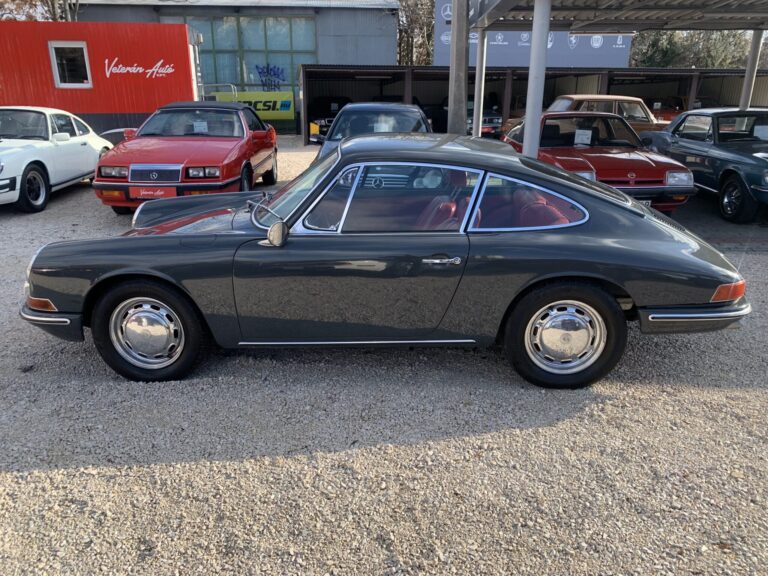 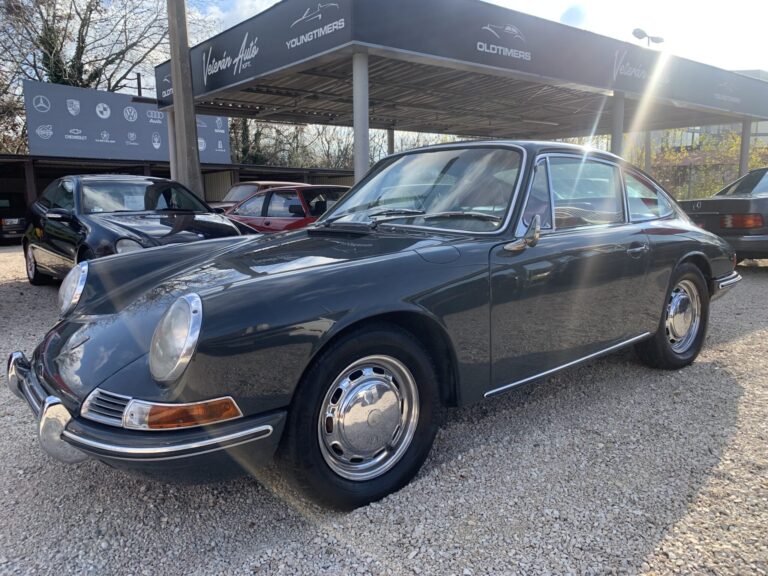 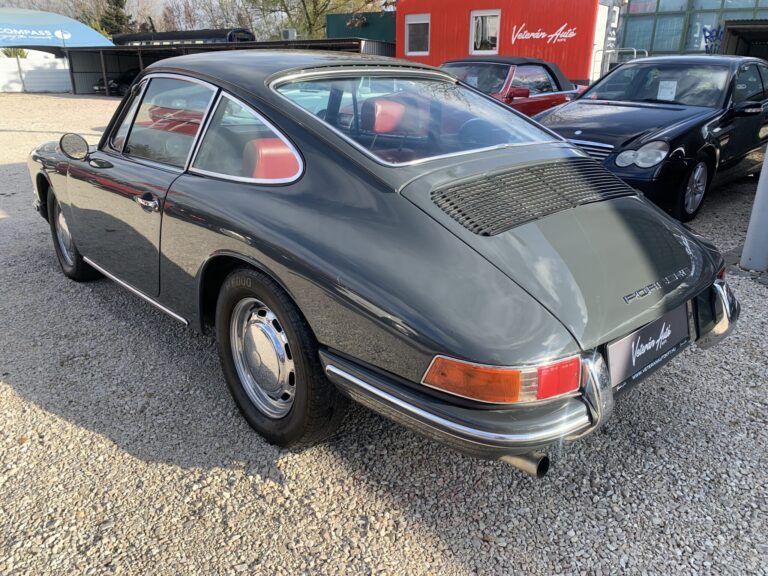 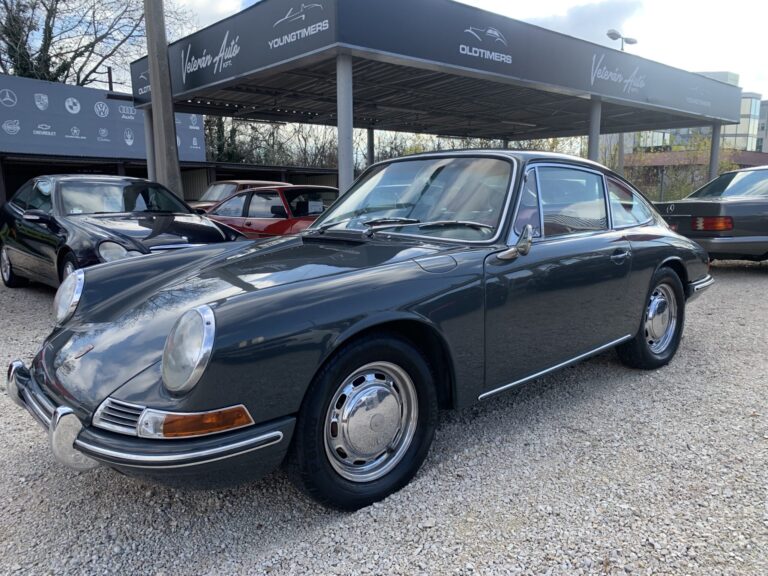 In March 1965, production of the 356 was completed, but there was a demand for a new entry-level model. Porsche did not have a stand-alone development in this direction, so the 912 was launched in April 1965 as a simplified, cheaper version of the 911 with the 356 1.6-liter, 66 kW (89 hp) four-cylinder engine. Apart from the smaller engine, the car did not have the same equipment as the 911, so there were not five but three instruments in the watch group, for example – customers had to give up the stopwatch and the combined instrument, which were common in the 911. During the 1966/67 model year, however, the sports cars were made with the usual five instruments. The biggest change was in the last model year of production – between 1965 and 1968 the cars were made with a wheelbase of 2211 mm and in the 1969 model year with a wheelbase of 2271 mm. The 912 was produced in coupe and targa versions until the summer of 1969. The 1966 Porsche 912 coupe offered for sale by Veterán Autó Kft is a very nice and rare example of the moidell. With this combination of colors only few car was build.The burgundy leather upholstery in the cabin contrasts nicely with the “slate gray” exterior finish, only 7% of the car was painted in this color in the 1966 year. In similiar condition price can reach the 65.000 euro.